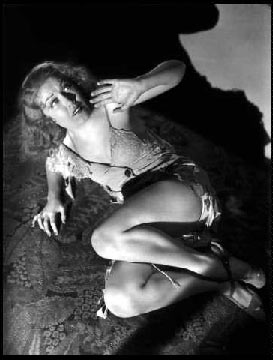 "Everyone's equal. Same chances of getting hit. Equal in the eyes of the rocket."

To which she gives him her Fay Wray look, eyes round as can be, red mouth about to open in a scream, till he has to laugh. "Oh, stop." (p.57)

Fay Wray (1907-2004), Canadian-born American actress, is best remembered for her role as Ann Darrow, the blonde seductress of a gigantic, prehistoric gorilla in the classic horror/adventure film "King Kong" (1933). She wore a blonde wig over her naturally dark hair for the role. There have been claims the screams emanated from actress Julie Haydon, and dubbed to Wray, but that has been disputed.